About The OCD Clinic

The OCD Clinic® was co- founded by, Dr. Padraic Gibson, Dr. Claudette Portelli and Dr Matteo Papantuono. We have Clinics in Ireland directed by Dr. Gibson,  in Malta directed by Dr. Portelli and in Ancona, Italy, under the direction of Dr. Papantuono. The OCD Clinics® are International Centers of Excellence in, The Treatment and Clinical Research for Obsessive Compulsive Disorder.

Dr Claudette Portelli is the Clinical Director of The OCD Clinic® Malta and is a Clinical Psychologist, psychotherapist and rigorous clinical researcher and associate at the Centro di Terapia Strategica (Brief Strategic Centre), Arezzo, Italy. Dr Portelli is a scientific Member of the Editorial Board of the Brief Strategic and Systemic Therapy European Review and was an original contributor to the evolution of the BST model of Treatment for OCD.

Claudette is a regular speaker in various international conferences and seminar.

Some Recent Books and Publications 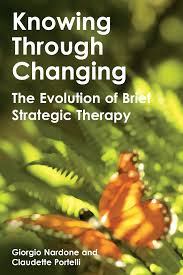 Padraic is Senior Research Associate at St. Patrick’s College, Dublin City University, Drumcondra, an associate clinical researcher, collaborator, clinical trainer and lecturer at the Centro Terapia Strategica in Arezzo Italy with his colleague Professor Giorgio Nardone, where he also trained as a Brief Strategic Psychotherapist. Currently a professional Doctoral researcher at the world renowned, Tavistock Clinic, London, he has also trained as a clinical psychotherapy supervisor and teacher at Dublin’s, Mater Hospital, as well as other post graduate training at the University of Sunderland, University of Leeds and University of East London. Padraic has also lectured at postgraduate level in Trinity College Dublin.

Padraic has trained and presented in Ireland, Italy and the United Kingdom on the topics of Systemic Theory and Brief Strategic treatments for psychological disorders and on the topic of clinical research in psychotherapy and has a rigorous commitment to clinical research and in finding ways to make his treatment even more effective and to this end has completed a number of recent papers and significant clinical research projects with international colleagues which are outlined below.

Commitment to Evidence Based Clinical Research

Some Recent Research Papers Include:

Some Recent External Training and Lectures and Training Provided: